A homeowners insurance policy is a contract where the insurer agrees to indemnify a homeowner for the risks and perils associated with his or her property that are included in the policy. They typically provide coverage for (1) damage against the homeowner’s property and (2) liability claims for injuries that the homeowner causes to another.

The History of Homeowner’s Insurance

Homeowner’s insurance began in 1752 with the Philadelphia Contributorship for the Insurance of Houses from Loss of Fire. And as the name suggests, the company only covered damages in the event of one peril – fire. Eventually homeowners were able to purchase individual policies for protections against each type of peril. This system of insurance, however, left much to be desired for homeowners seeking comprehensive protection. The modern form of homeowner’s insurance began in the late 1950’s.

The Consequences of Misrepresentations

Example: Concealing the fact that a property has a swimming pool might bar recovery if that same home was instead destroyed by fire. 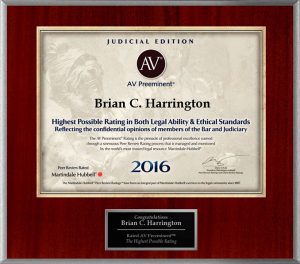 It is vital for both the insurer and insured involved to cooperate and behave honestly.

Although there are many training manuals, operation guides, and other written practices on the subject, many questions remain.

At the end of the day, as with many legal issues, the answers to these questions will depend on the judgment of counsel and client.

Not every case can be won and you can depend on us for an honest assessment, no matter what. When working with us, you’ll always hear the complete and honest truth. We have over 40 years of Civil Litigation experience and perform in-depth research to make educated informed legal decisions. Although there are inevitable costs involved when hiring outside counsel, it is often far less expensive than not doing so. Additionally, we are always available for free or low-cost consultations. For more information send us a message, or call (727) 381-0070.